Travel Forums 101: Dealing With Trolls, Haters, Expats, and Other "Uglies" 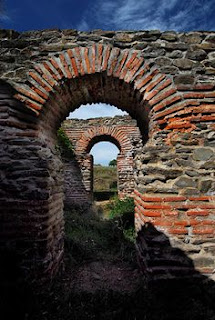 Travel Forums can be incredible spots. You require a tip on where to go in a specific nation, where to remain, or simply need general data they are the place to go for the most progressive data. My most loved is Lonely Planet's Thorntree discussion; it gets the most traffic and you can be guaranteed of response to even the strangest or most explicit inquiry inside a brief timeframe.

As a blogger, other than being a fortune trove of data, discussions are an incredible place to convey traffic to your website. Posting on gatherings - where you answer an inquiry and incorporate a connection to your website - is the most straightforward approach to effectively bring "genuine" individuals to your webpage ("genuine" individuals meaning those outside the blogging network). You need genuine individuals; they take as much time as necessary on your site and give you the best input. Nothing is all the more compensating to a blogger.

On the other side, discussions draw out all the uglies that pervade a lot of news and online networking nowadays; the ones who need to gush contempt, make a struggle, or simply have it as a main priority that they need to demolish everything for every other person. Others are simply know-it-alls, individuals who use news/online life as their platform and who shoot down anybody they don't concur with.

This post is implied principally for individuals who enter travel discussions, some out of the blue, with expectations of getting or sharing data emphatically. It is additionally for different bloggers who need to utilize gatherings to help their traffic. I'll feature a portion of the uglies that they'll experience and how I for one manage it. This post is additionally coordinated at the uglies. On the off chance that you read this you may go to the acknowledgment that you fit in one of the classifications recorded beneath. On the off chance that so perhaps the accompanying will open your eyes to how you might be seen and you may need to reconsider how you cooperate with others. My point in this is there is no motivation behind why travel gatherings can't be a positive affair for everybody. Alright, perhaps that is in effect excessively hopeful.

I'll begin off by saying that regarding 80% of collaboration on movement gatherings is certain. There are a ton of accommodating individuals out there who mean well and liberally set aside the opportunity to apportion extraordinary travel data. The staying 20% of collaboration is either negative or unhelpful, extending from snarky remarks to deluding data to out and out maltreatment. It may be the minority, yet it is the general population behind these collaborations that give gatherings (and not simply travel discussions) an awful name.

The following are the normal "Uglies" that I've experienced on movement discussions. Note that uglies are not high contrast and that their lines obscure and cross. In any case, as a rule, they fall into these 6 classes.

1) Trolls. The troll just searches for the inconvenience, they can't say anything great regarding anything/anybody, will call attention to anything you need to state as "inept" and make remarks intended to get under your skin. The beginning of "troll" goes back to 1610 from the Norse word meaning monster or evil presence and summons the trolls of Scandinavian fables where they are described as creatures twisted on fiendishness and insidiousness. The present web trolls anyway are very stupid, simple to spot, and are much more effectively cured (more on that later). Here and there however they transform into different classifications and are not all that recognizable.

A case of a Troll was a person who indicated out me that I had incorrectly spelled Granada a couple of times in one of my posts. I had spelled it as Grenada. "Grenada is an island in the Caribbean that the US shelled during the 80′s" he was sufficiently pleased to let me know. He then proceeded about other "mistakes" on my blog and assailed me for my "cocky" blog.

2) The Village Idiot. An alternate sort of Troll, they'll post addresses, for example, "What would it be a good idea for me to find in Canada?" or "Where is the least expensive place to get whores in Thailand?". These posts end up requesting a ton of irate or inept reactions; individuals instructing him to purchase a guide, do inquire about, or by and large push off. The Village Idiot has succeeded, he's gotten under everybody's skin and has conveyed everybody down to his dimension.

3) Haters. They loathe different explorers, the ruling reason being that you are destroying it for them. Some might be explorers, others may be expats, however, what they share practically speaking is a conviction that you're spending excessively cash or potentially demolishing the general population or places by simply being there (overlooking that they themselves are not locals). They likewise imagine that you don't have a clue about a nation except if you're not living at subsistence level "like local people". I as of late had one reveal to me that I was an "extravagance voyager" (indeed, my $50 lodging) and accordingly it was "senseless" to make a social analysis on the nation in which he had resigned. I answered, inquiring as to whether I should spend my get-away in a mud cottage and if doing as such would better qualify me to make social editorial? I think it was a similar person who composed that I had no enthusiasm for culture, I simply needed to take my "pretty pictures" and return home.

4) The Expat Expert. These expats know everything and have an assessment on everything and will tear the easygoing analyst separated with their point by point accounts of regular daily existence in their little cut of paradise/damnation. They can't see the timberland for the trees and will have a story to balance any sentiment despite what might be expected. They frequently have excessive time staring them in the face and develop, transforming into the following classification.

5) The Travel Forum Guardian. They're the Expats (or local people) with tons of remarks on discussions. They treat discussions as their own Facebook page to talk and contrast notes and different expats. They like endeavoring to force controls on others and work in packs, backing each other against any individual who they consider "doesn't know as much as they do". You can frequently observe them noting each and every string on a nation, egotistically apportioning their feelings and counsel. They are as I would see it the most exceedingly awful of the uglies due to their assurance and time in hoarding all talk. They destroy it for every other person who can't get a word in edgewise. From multiple points of view, these Expats help me to remember the principal long periods of secondary school where you stroll in and feel like an outsider among the cool children. And afterward, at one point you simply understand that they're all in reality only a group of shaky washouts.

A case of Travel Forum Guardians: The TripAdvisor gathering for Montreal is overwhelmed by 3 "Discussion Guardians" who battle or abrogate everybody who remarks on the gathering. I prescribed a B&B to a novice who was searching for a place to remain. Inside minutes a Guardian remarked that the individual ought not to remain in the piece of town that I had suggested. I posted some eatery proposals, my blog connects on the base of the post, just to have another Guardian answer that he was "tired of individuals publicizing their online journals". I saw that this old caretaker has 4,000+comments on the gathering (his companion has 12,000+) and that he battles with or contends over every other person's commitments.

Expats can - and now and again to - give the best data to explorers searching for data on discussions. What's more, any expat I've at any point met is decent and liberal face to face. Be that as it may, there's a minority of them who destroy gatherings for every other person. Go to any discussion and you'll discover irritable expats who consume discussion, start ruckuses, or force independent principles. For reasons unknown, I've seen that the Central American strings on Lonely Planet have the most cranky, hopeless bundle of these. It's excessively terrible, with a mentality modification these individuals would be acknowledged for their abundance of data.

The Blogger-Haters no uncertainty imagine that it is us bloggers that give gatherings a terrible name. More on that later also.

You'll see there's a significant reaction against Bloggers among the different classes of uglies recorded previously. So what's the particular strategy in gatherings towards Bloggers?

We wouldn't fret on the off chance that you incorporate connects to your touring sites or sites in your messages, gave it's applicable and logical data, yet business requesting, straight up publicizing, or commitments intended to elevate traffic to another site aren't satisfactory. We don't allow business accounts on lonelyplanet.com or any kind of promoting in profiles, symbols, and marks, as network territories are protected for individual voyages. Increasing the value of discussions is the most ideal approach to manufacture a crowd of people for your mastery.

Connection to your movement related individual site/blog in your mark, giving that the connection happens in a substantive, accommodating post, and the subject did not begin to advance your website. For example, following the substance of your post, this is alright:

As it were, you can connect your blog to a discussion post (in spite of what anybody will let you know) giving that your post is important, useful, and offers an incentive to the discussion. I as a rule attempt to give basic data inside the gathering post and will possibly incorporate the connections in the event that I figure the notice may need extra data or if photographs (of which I take a great deal) are useful. I recommend never composing a gathering post that can't remain solitary, at the end of the day one where the publication can just tap on the connection to get the data he/she is searching for. To remain erring on the side of caution, I recommend that joins just be supplemental to the data in the post.

For the general population who loathe/don't confide in bloggers

I frequented gatherings well before I turned into a blog
By HAMZA at 12:50 AM